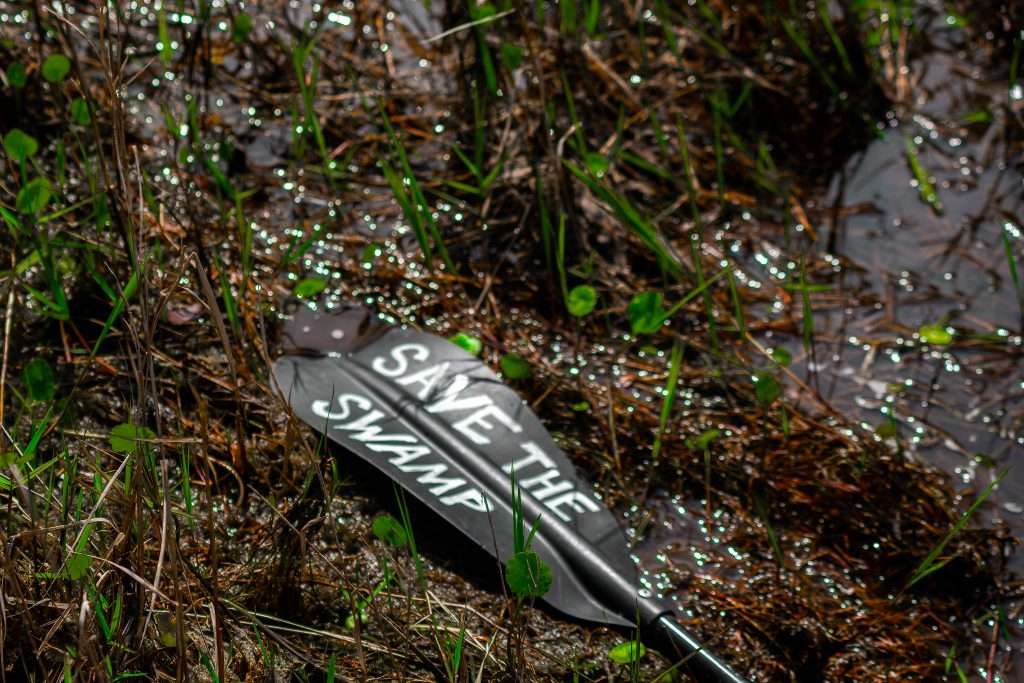 Trail Ridge, the geologic formation that forms the eastern boundary of the swamp, has long been a target of the titanium mining industry. In the 1990s, the DuPont corporation attempted to mine a vast swath of land along the refuge boundary — a proposal that faced near-universal opposition. Because the project threatened to impair the function of the swamp, as well as its famed wildlife habitat, then Interior Secretary Bruce Babbitt declared that mining “should never happen,” and has no place next to what he called a “very uncommon swamp.” Extensive public outcry and government opposition led DuPont to abandon the project and donate much of the property for permanent protection.

Yet, the threat of mining persists. In 2019, Twin Pines Minerals submitted an initial application to the U.S. Army Corps of Engineers to operate on 2,414 acres, located 1.7 miles from the refuge boundary. Though Twin Pines submitted a revised application in 2020, in which it slightly reduced the size of the first project area, government agencies expect operations to eventually grow to 12,000 acres, potentially coming within 400 feet of the swamp itself. This multiphase project would first impact nearly 500 acres of wetlands along the Trail Ridge. However, the full project is expected to hold additional impacts over a 30-year timeframe. 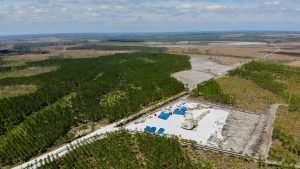 The Twin Pines mine site is situated in an area of Trail Ridge that is arranged in distinct layers of semi-permeable soils that allow for water storage and circulation within the swamp. Should mining damage these soils, the U.S. Fish and Wildlife Service and U.S. Environmental Protection Agency anticipate that “permanent” and “unacceptable” damage could befall the Okefenokee Swamp. The destruction of wetlands and tributaries would not only diminish the value of the swamp but also degrade the St. Marys River, which is renowned for its excellent water quality and habitat for endangered Atlantic and shortnose sturgeon. The nature of mineral mining requires freshwater sources, and the most reliable source of many millions of gallons of water in Southeast Georgia is the Floridan aquifer. Withdrawals required for titanium mining operations could lower the Okefenokee Swamp’s water table and reduce the natural flows of the Suwannee and St. Marys rivers. Groundwater drawdowns could also exacerbate fire frequency and intensity and contribute to droughts, thus compounding the impacts of climate change.

The U.S. Army Corps of Engineers and other permitting agencies must reject any proposals that risk the long-term protection of the treasured swamp and the rivers it births. In addition, Gov. Brian Kemp of Georgia and other public officials should ensure that this resource remains protected and prevent any future mining projects that have the potential to impair the Okefenokee. Permanent protection of the Trail Ridge lands around the swamp is of utmost importance to the quality of the natural and historic resources of the area. Until the public has undeniable evidence that the Okefenokee Swamp and the St. Marys River are protected from harm, the public must continue to advocate for the Okefenokee and the permanent protection of this national treasure.

Send Comments to the Corps of Engineers

Twin Pines has applied for a permit to alter wetlands from the U.S. Army Corps of Engineers. As part of the agency process, the Corps is accepting public comments until May 28 (extended from original deadline of April 13, 2020). Anyone wishing to comment on this application for a Department of the Army permit should submit comments in writing to the Commander, U.S. Army Corps of Engineers, Savannah District, Attention: Ms. Holly Ross, 1104 North Westover Boulevard, Suite 9, Albany, Georgia, 31707, or by email to CESAS-SpecialProjects@usace.army.mil. Please join Georgia River Network in protecting the swamp.
* Refer to the applicant’s name (Twin Pines Minerals) and application number (SAS-2018-00554).